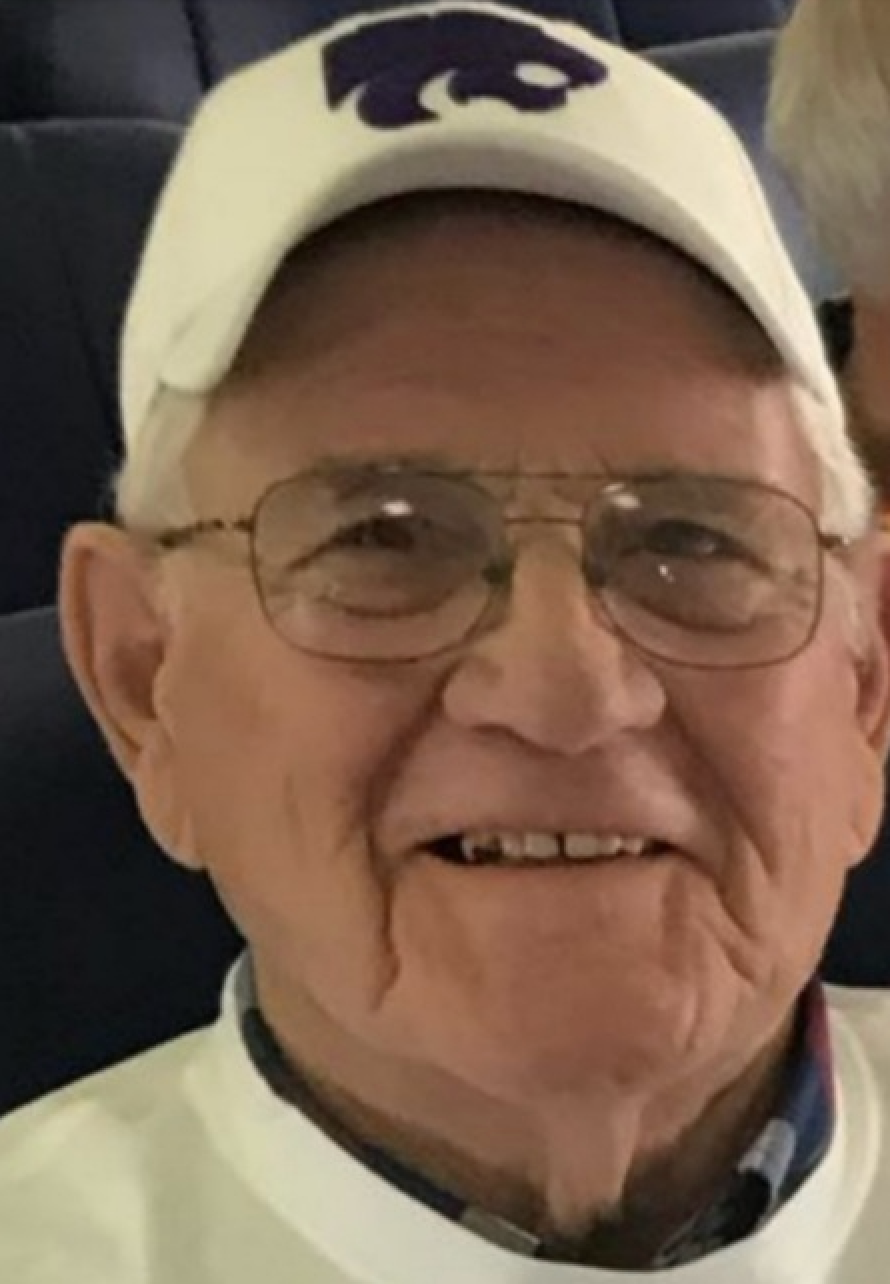 Bill was born in Council Grove on July 21, 1935, to Harry and Ethel (Hudson) Pickett.  Bill spent his early years growing up in Wilsey, KS where he completed 3rd grade in a one room schoolhouse north of town.  The family moved to Council Grove in 1943 where he attended Washington Grade School and Council Grove High School.  Bill was quite active in sports and school functions.  He graduated in 1953.

In the late 1940’s and early 1950’s, Bill helped his father with the cattle ranching and grazing operation in the Flint Hills, headquartered in Wilsey.

Bill joined the Naval Reserve in 1952.  He went on Active Duty from 1955 - 1957.  He was based out of San Diego, CA, but spent most of his time aboard ship.  He attained the rank of Boatswain’s Mate 2nd Class and was a qualified saltwater Coxswain.  He was honorably discharged from the reserve in 1960.

On April 12, 1959, he married Maxine Ek of Dwight, KS.  From 1958 through 1960, Bill leased a semi-tractor & trailer to Jay Francis Truck Line.  From 1960 through 1969, Bill & “Max” owned and operated Pickett Truck Line, servicing many ranchers and businesses in the surrounding communities.  Pickett Truck Line had offices in Kansas City and Council Grove.  In 1969, Bill & Max sold the truck line and Bill started working for Ralston Purina as a District Representative, with an emphasis on animal nutrition.  This led into his career in Grain Elevator Management, including grain merchandising, ag chemical application, plant and animal nutrition.  He retired from the ag and elevator industry in 1993.  After a brief retirement and too much time on his hands, he returned to his passion for the next 21 years, driving a relay truck for a U.S. Mail contractor, transporting mail between Denver, CO and Marion, IL.  He retired again in March of 2014.

Bill enjoyed traveling with his wife, playing golf, wood crafting, and attending the many activities of his children and grandchildren.  He enjoyed his years officiating basketball games and loved coaching Little League Baseball.  During his years as a member of the American Legion, Bill was Commander at both Council Grove and Dwight Posts.

Bill enjoyed “life to the fullest”, drinking coffee with friends, solving the worlds’ problems.  He always brightened the day with a funny story or a couple of jokes.  He had deep feelings for the many, many friendships he enjoyed throughout the years.

The Funeral Service for both Bill and Maxine will be held on their Wedding Anniversary, Tuesday April 12th, 2022, at Calvary Lutheran Church, 715 W. Main St., Council Grove, KS.

A private burial will be held later at Marion Hill Cemetery, Dwight, KS.

In lieu of flowers, Bill suggested memorials to be made in his name to the Shriners Children Hospital or the Disabled Veterans.

To order memorial trees or send flowers to the family in memory of William Lee Pickett, please visit our flower store.