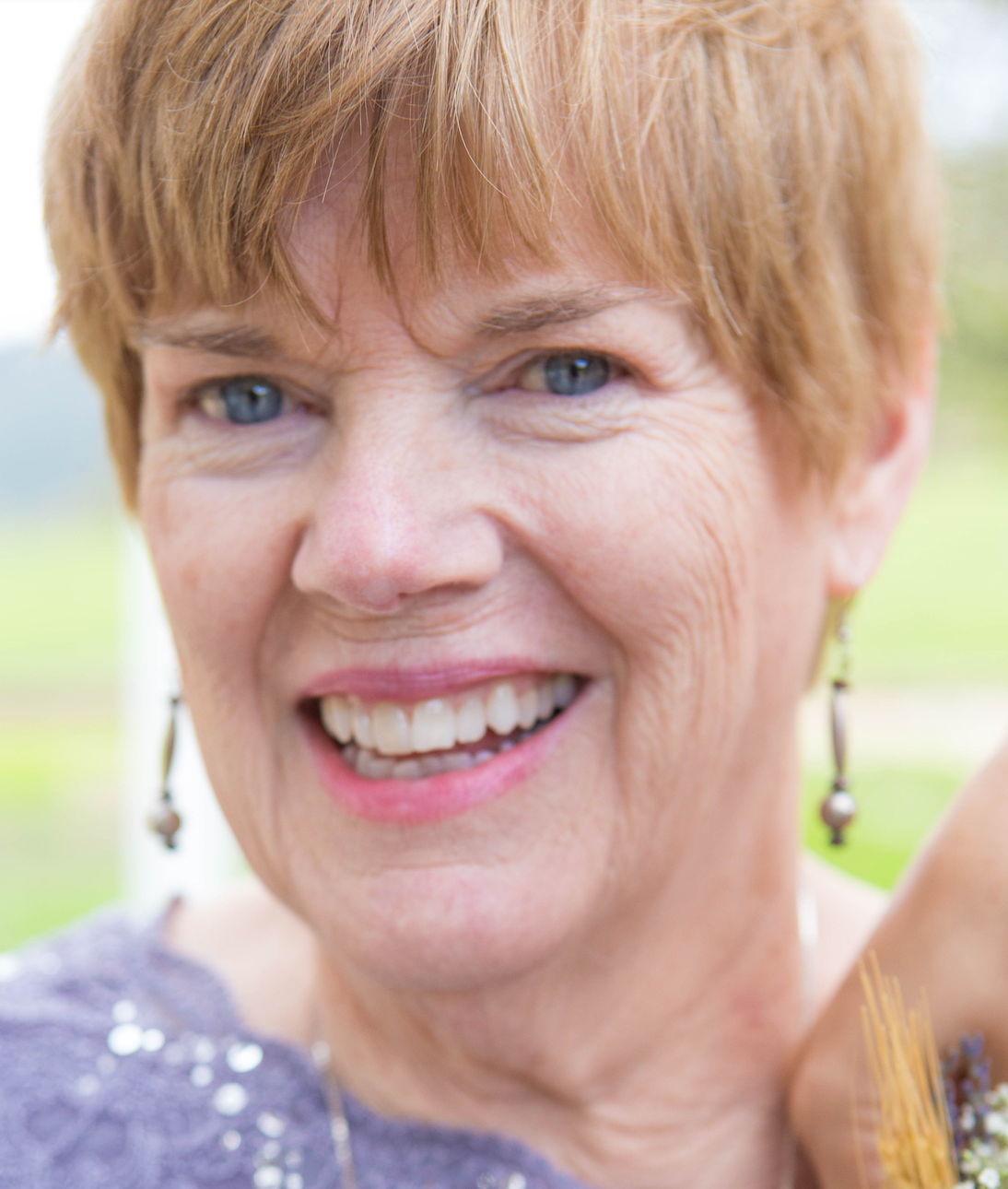 Virginia (Ginny) Olson Richardson passed away peacefully from complications of Progressive Supranuclear Palsy on December 11, 2021, surrounded by her family. Ginny was a Georgia Peach, born July 11, 1946, in Ft. Benning, GA. She lived in 30 places—nationally and internationally—before she turned 30. To her surprise, she then lived in Tucson, Arizona for more than 43 years. Everywhere she lived, Ginny developed deep friendships and found ways to share her gifts. Her smile would light up rooms, and she shared both laughter and tears with many close to her. Ginny loved deeply and is deeply loved.

From the moment she met Randy in Cambridge, Massachusetts, she knew he was “The One.” She spent 44 years married to the love of her life. Together, they made a trip completely around the world, lived a year in Paris, and lived six months in Cambridge, England. Ginny adored her children and loved being a mom to Aaron and Rachel. She created a loving, nurturing environment for them to grow, explore, and learn. Later, Ginny was thankful to gain two daughters-in-law: Burcu (married to Aaron in 2007), and Amy (married to Rachel in 2016). She was overjoyed to welcome two grandchildren, Atlas and Ayla, the children of Aaron and Burcu. Ginny fiercely loved her family, always including much-loved dogs and cats.

Ginny began painting by age 10, and created art spanning seven decades. She completed a BFA from Alfred University in 1972, and worked as head of the graphics department for the city of Cambridge, MA. Some of her most treasured works come from the year in Paris and time spent in northern New Mexico, where she felt a spiritual connection and returned as often as possible. She painted large-scale performance pieces, usually in under an hour, in settings from schools to churches. She made her last drawing on November 13, 2021, at her beloved Ghost Ranch in northern New Mexico. Her work has been exhibited locally and nationally, reviewed in the Arizona Daily Star, and hangs in the homes of individuals as well as churches across the US and internationally.

Ginny earned an MA degree from the University of Arizona in 1993, balancing graduate school with parenting a toddler and teenager. She was a counselor and art therapist with Carondelet Hospice, where she created art with people who were dying and their families. She courageously spoke out about mental health, in times when doing so was rare. She volunteered with many local organizations, a practice she continued even after her illness began. Her faith guided her daily and was central to her identity—most mornings, she spent an hour quietly on her own, praying and drawing. She loved to dance, and she loved to sing. She was a member of the choir of every church she attended. She was especially active in the St. Andrew’s and St. Philip’s communities. She benefitted deeply from the Parkinson Wellness Recovery (PWR!) Gym and community for nearly a decade. Ginny navigated a long and difficult illness with tenacity and grace. Her family is deeply grateful to the people who were part of her care team, who became like family.

Ginny is survived by her husband, Randy Richardson, children Aaron Richardson (and wife, Burcu), Rachel Rios-Richardson (and wife, Amy), and grandchildren Atlas and Ayla Richardson. She is also survived by her brothers Dave Olson (Joan) and Karl Olson (Heather), her sister Penny Chase (Addison), and brother-in-law Dave Boyer, and many nieces and nephews and treasured friends. She was preceded in death by her sister Sherry Olson, nephew Tyler Richardson, biological father David May, mother Virginia “Polly” Olson, and dad Howard Olson.

Arrangements made by Funeraria del Angel University. Tucson memorial service planned for April 2, 2022. Interment of Ashes in Greenwood Cemetery, Council Grove KS, planned for May 28, 2022.  In lieu of flowers, donations can be made to the PWR! Gym (https://www.pwr4life.org/about/donation/).

To order memorial trees or send flowers to the family in memory of Virginia Richardson, please visit our flower store.