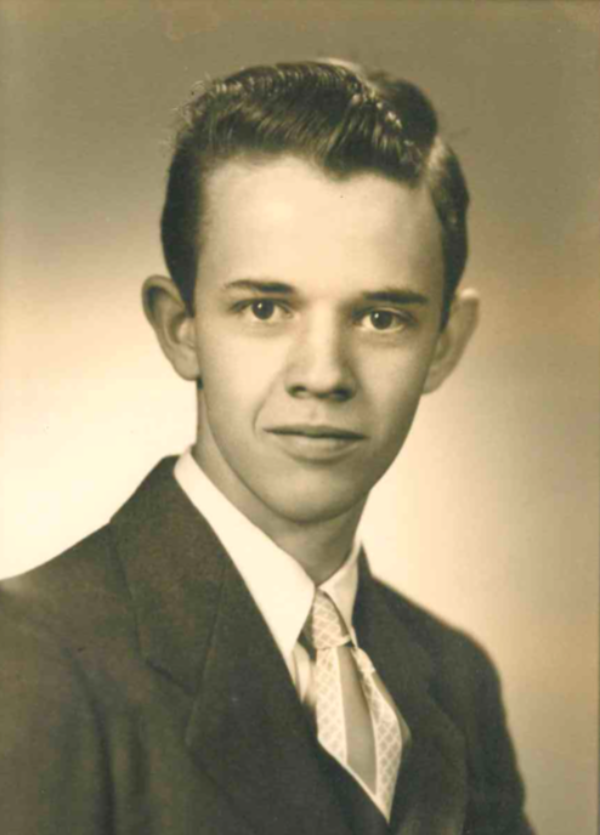 Ralph Williams Snider, 88, of Council Grove, KS passed away on Wednesday, May 11th, 2022 at Stormont-Vail Hospital in Topeka, KS. He was born in Council Grove, KS on August 30th, 1933 to Elmer Henry and Elizabeth May Snider. Ralph attended school in Council Grove where he graduated in 1951. He was a member of the high school band and played the French horn.

After graduation Ralph worked for Beech Aircraft in Herington, KS as a sheet metal assembler from 1951-1953. In 1953, he joined the Navy and served aboard the aircraft carrier USS Boxer . He was honorably discharged from the Navy in 1955. During his service he received the Republic of Korea Presidential Unit Citation, Good Conduct ribbon and recognition for China Service Expedition, National Defense Service, United Nations Service and Korean Service.

After the Navy Ralph put his GI Bill to work and attended Kansas State University where he earned his Degree in Engineering. It was also during this time that he and Donna Louise Read married on June 1st, 1958.

After college, Ralph and Donna moved back to Council Grove where Ralph began working for his father, Elmer “Tink” Snider. His father was also an outstanding auto mechanic and owned the local AMC dealership. Ralph continued operating the auto repair business after Tink’s retirement, and also sold GMC trucks for a period of time. In the early 1980’s Ralph and Donna purchased the local Southwick’s Auto Parts store. The auto parts store, renamed Carquest Auto Parts, was incorporated into the building that Ralph had previously designed and built on North Union. Ralph specialized in transmission repair and attended many training courses to repair General Motors automatic transmissions.  At 73 years old,  after nearly 45 years of servicing his countless customers during that period, Ralph decided to retire. He was a perfectionist, he was fair, he was honest, and he loved what he did that involved working 6 days a week for much of his career so that he could live up to the commitments he gave to his customers.

After retirement, Ralph went back to full-time work trying to always improve his golf game. He enjoyed playing every opportunity that he had, which was quite often. He always looked forward to being with his golf buddies and sharing laughs with them. His most memorable moment was on November 8th, 2010 at the Council Grove Country Club. That day he shot a hole-in-one on number 7. Ralph enjoyed watching Kansas State and Kansas City Chiefs football games. With his extensive wardrobe of Kansas State hats, golf shirts and sweatshirts he represented Kansas State well in the community.

Ralph always looked forward to being with family and watching his six grandchildren grow into adults, as well as spend time with his two great-grandson’s. He and his great-grandson Harrison share the same birthday.

Funeral services will be held at 2:00pm, Monday, May 16, 2022, at First Congregational UCC, with Pastor Christy Alexander officiating.  A burial will follow at Greenwood Cemetery. Sawyer Funeral Home is serving the family.

To order memorial trees or send flowers to the family in memory of Ralph Williams Snider, please visit our flower store.