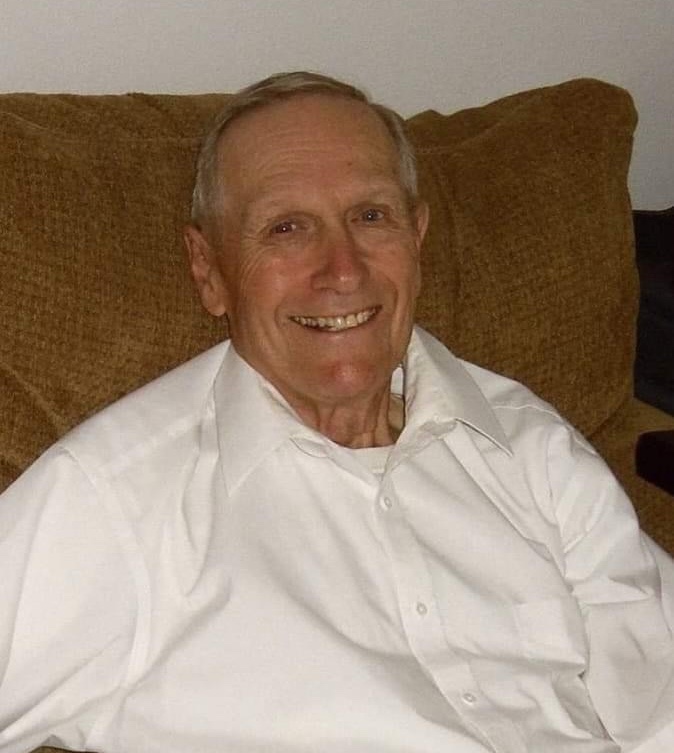 Ralph Gene Braun, born June 8, 1934 to Theodore and Bertina Braun of Council Grove, Kansas, joined his wife Dorothy of 62 years and son David Paul in Heaven on Thursday, April 7, 2022, at the age of 87. Ralph's life was characterized by his passion for God, ministry and teaching the Bible. He was known and dearly loved by his family, community, church, and friends around the world.

Ralph's friendship with his Savior began May 8, 1946, at Kelso Methodist Church, where he committed his life to Jesus at age 12, and later, at the age of 17, when on July 27, 1951 during a two week revival there, he answered the Lord's call and gave his life to ministry. He met his wife Dorothy, of Powell, Wyoming, at Northwestern Bible College in Minneapolis, Minnesota and after graduating with a Bachelor of Arts degree and setting a wedding date for June of 1957, he continued his education at Dallas Theological Seminary where he earned his Masters of Theology and where Dorothy later joined him as his wife as soon as she finished her BA at Northwestern. He was ordained on May 8, 1960 at Scofield Memorial Church in Dallas, TX. They pastored in ten churches during their lifetime, in Minnesota, Texas, Nebraska, Oregon, Iowa, and Kansas. The Brauns loved traveling and also spent time ministering in Alaska, Canada and a bit in Mexico. Ralph's heart for ministering to men led to a fruitful seminary training ministry in Brookings, Oregon during the heart of the Jesus movement. His messages were broadcast 300 miles out to sea, and he often joked about having taught the Bible in the North and South poles as his tapes made it all over the world.He authored An Old and New Testament Walk-Through the Bible which caught on like wildfire as Ralph traveled all over promoting home Bible studies and group participation to learn to think through the Bible. Ralph first drove a tractor by himself at age 8. In high school he was president of the FFA, received the honor of Star Farmer as a junior and a scholarship to K-State, which he gave up for the ministry. His farming background gave him a sincere appreciation for the agricultural, rural lifestyle, and he was thrilled to have his son in law Dan and grandson Matthew  Bacon farming his family homestead. He enjoyed exercise, biking even into his 80's. He collected many things but his first Oldsmobile purchase in 1952 began a 70 year love affair with Oldsmobiles, especially the Olds Toronado, which he fell head over heels for around the time of his son David's death, in 1966. He "collected" 16 Toronados, even encouraging his son Steve at age 15 to make his first car purchase a '66 Toronado, and for 50 years he wrote a "Front Wheeling with Toronado" column every month for the Journey With Olds Magazine.

In January of 2021, Ralph's brush with death gave him a sense of being closer to heaven than earth, and a renewed vigor for family and ministry. He emphasized that he lived for three things, his family, teaching the word of God, and driving cars. He loved his family well, was an encouraging soul, and always prayed with them before saying good-byes. Psalm 90:12 was oft on his mind, "So teach us to number our days, that we may apply our hearts unto wisdom." His family at Council Grove Christian Church loved him and his wife well, and made his latter years abundantly fulfilling. (Shalom)

Ralph is preceded in death by his parents, his wife Dorothy, and his son David Paul. He is survived by his son Steven Braun (Cyndi) of Brookings, OR, and daughters Kim Bacon (Dan), Karen Jackson (James), and Mary Allen (Richard) of Council Grove, KS, as well as 22 grandchildren, 29 great grandchildren, 1 great-great grandchild on the way, and his sister Claire Winter (Wil) of Brookings, OR.

To order memorial trees or send flowers to the family in memory of Ralph Gene Braun, please visit our flower store.