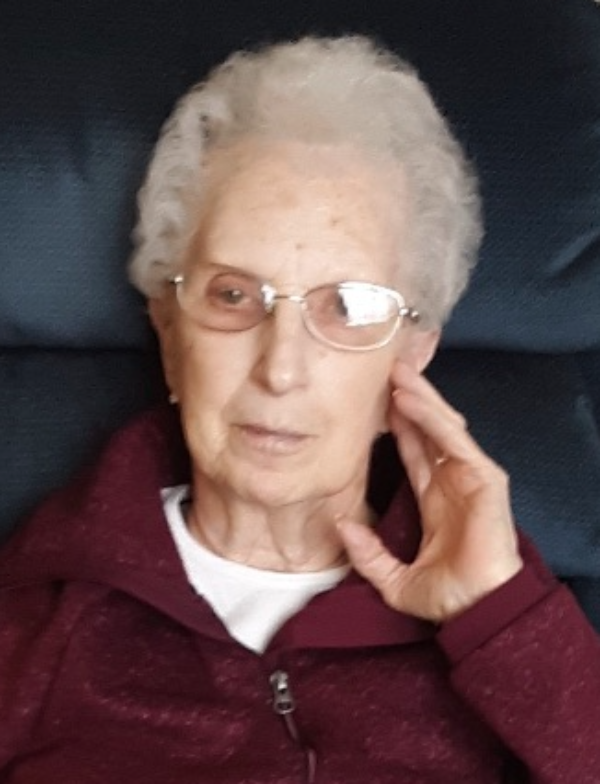 Kathleen May Sprecker Alspaw was born on January 28, 1931 in Gypsum, Kansas to Anna Blanche Milleson Sprecker and Adolph George Sprecker. She was baptized in the Methodist Church in Gypsum as a baby. She lived in Gypsum with her parents and sister, Miriam and brother, Jayde. When she was five years old, the family moved to Council Grove, KS, where her father became employed.

She started her schooling in the first grade at Garfield Elementary School and attended until the fifth grade. In 1941, the family moved to Wilsey, KS, following a devastating flood which destroyed their home and belongings. She entered Wilsey grade school and graduated as salutatorian for eighth grade. She attended the Wilsey Rural High School and graduated with the class of 1949. After her graduation, she was employed at the Ferguson Rexall Drug store in Council Grove.

Kathleen married her high school classmate, Bill Alspaw, at the Methodist Church in Wilsey on Easter Sunday, March 25, 1951, by the Reverend Otis Beech. They moved to a farm home north of Wilsey where Bill had employment as a farm hand. In 1953 her husband joined the army and Kathleen lived with her parents until she joined him after his basic training at Fort Bliss, Texas. After his discharge from the army, the couple lived in Wilsey for a short time while her husband had employment at Beech Aircraft. She then moved to Council Grove when her husband had employment and it was on December 29 that she gave birth to her daughter, Angela Joy: whom she devoted her life to caring for.

Kathleen, also known by her many friends at Katy; enjoyed her home and raising flowers and assisting her husband, Bill in their many activities in the community. She loved to sew for her daughter and spent many hours as a seamstress and later for her grandchildren. She was very active in the Council Grove UMC, she served as Pride Chairman, Girl Scout Neighborhood Chairman and many school activities with her daughter. Katy enjoyed calling on residents in the care home and helped with bingo once a week for many years. Katy owned and operated Kathleen's Card and Party Shop for two years but sold it due to poor health. She was a member of Neota Club and Council Grove Extension Club for many years. Caring for her family and home was her lifelong dream; her love for God and church and caring for people brought her a fulfilling life. Katy sang in the church choir for fifty years. She had a long and happy marriage of 64 years to her husband, Bill.

She was the mother of two daughters: Angela Joy and still born daughter, Doriann. She loved spending time with her grandchildren, Kelli and Dustin and cherished the life spent with them and husband Bill. She was blessed in her later years with four great grandchildren.

She was preceded in death by her still born daughter Doriann and husband Bill, whom passed in 2015. Katy is survived by her daughter Angela Schultz and Mark Alber; granddaughter Kelli Almquist and husband Terry; grandson Dustin Schultz and wife Molly; great grandchildren: Jaxon, Kynli and Lyndi Almquist and Adaline Schultz; brother Jayde Sprecker; and 2 nieces and 5 nephews.

A visitation for family and friends will be held at 10:00am, Thursday, December 30th, at Council Grove/Dunlap United Methodist Church, with services following at 11:00.

Memorial contributions may be made to Council Grove/Dunlap United Methodist Church or Morris County Hospital.
Condolences may be left at www.sawyerchapel.com.

To order memorial trees or send flowers to the family in memory of Kathleen May Alspaw, please visit our flower store.