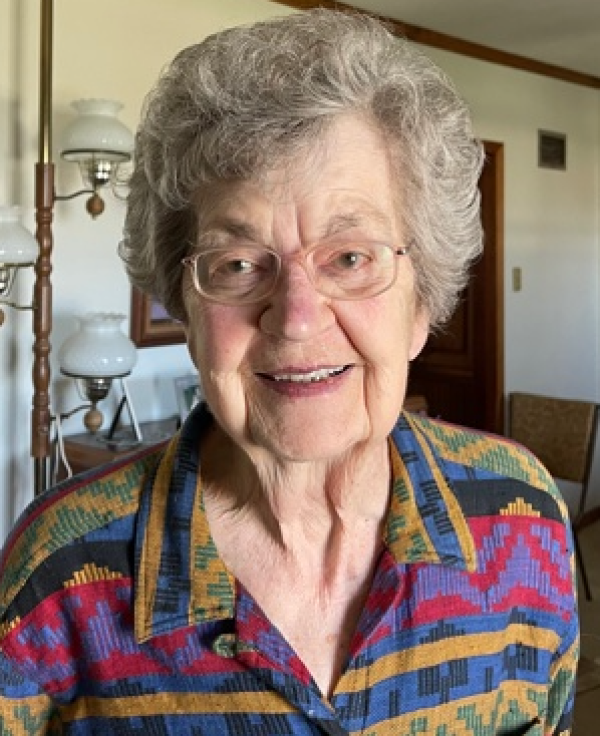 Jo Ann Scott was born March 29, 1932, in the family home between Wilsey and Delavan Kansas to Jess Milton and Agnes (Francis) Lentell. She attended a one room country school, Olive Branch. She attended Wilsey High School and graduated in 1949 as class Valedictorian. After high school, she attended Emporia State Teachers College (now Emporia State University). She taught grades 1-8 at Highland, a one room country school, located in rural White City, Kansas from 1950 to 1952. Later she taught in the Parkerville School System and worked as a substitute teacher for several years.

In 1952, she married Dale Scott and they settled on a farm outside White City, Kansas. There they raised their four children. Jo Ann was primarily a homemaker and worked as a White City School cook for 10 years. She had various other jobs including piano teacher, school bus driver, bookkeeper at the Delavan feed lot, and cook at Rock Springs 4-H camp. Jo Ann was very active as a 4-H leader in Morris County, where her children were members. She was a self-taught avid seamstress, devoting many of these talents in creations such as quilts for her family. She enjoyed her flower garden and pets, but nothing was more important to her than her family.

In lieu of flowers, memorial contributions may be made to the White City United Methodist Church, 204 W. Mackenzie Street, White City, Kansas 66872.

To order memorial trees or send flowers to the family in memory of Jo Ann Scott, please visit our flower store.