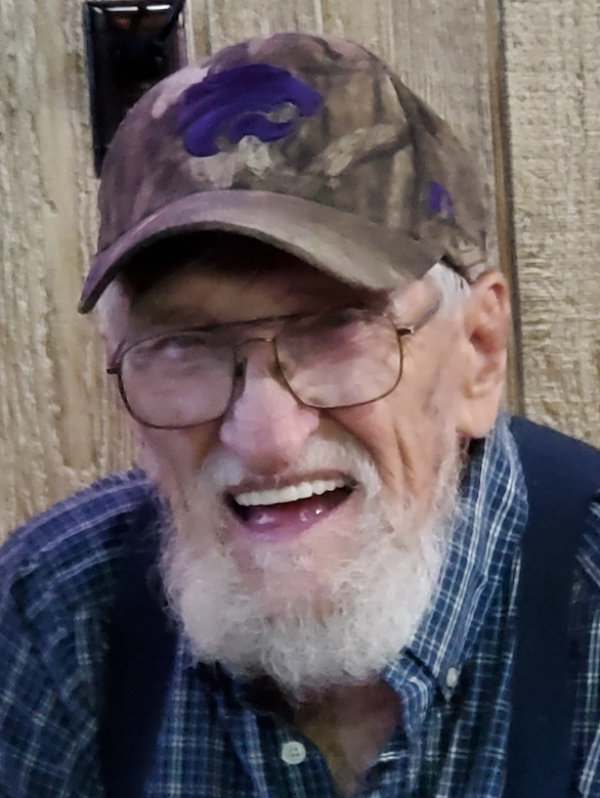 James P. McKenzie, 88, of Parkerville, Kansas passed away on May 18, 2022, at Diversicare of Council Grove.

James attended school in Parkerville and graduated from White City High School in 1952.

James worked as a Road and Bridge Inspector for KDOT for 35 plus years. When he retired in 1997, he and Millie left Basehor and moved to Parkerville.

James always had a furry buddy that kept him company. These last two months, he would ask often about Rocky to make sure he was ok.

When the children were young, James was a Cubmaster and helped with many a boys’ hardball teams. Once they were grown, he was involved with the Knights of Columbus, where he was Grand Knight for six years and DD for 4 years. He actively participated in the walk for the Mentally handicapped, Bingo, dances and many fundraising activities for the Knights. He was involved in two state convention, one in Kansas City, KS and one in Overland Park, KS.  Once he moved to Parkerville, he became involved with the Morris County Election board and the St. Rose Catholic Church. He was also the Mayor of Parkerville and served on the city council.

James was proud of his orchard and produce. He had several kinds of apple trees and made gallons of cider over the years. He actively participated in the Farmers Market in Junction City, then more recently in Council Grove.

James was preceded in Death by his parents James R. and Maude McKenzie, his wife, Millicent McKenzie, and his daughter-in-law, Sandra Werle McKenzie.

The family would like to Thank Diversicare of Council Grove Healthcare and Rehabilitation Center for the care they gave James while he was there.

In lieu of flowers the Family would like donations to go to the St. Rose Catholic Church or the White City Senior Citizens Center.

To order memorial trees or send flowers to the family in memory of James Peters McKenzie, please visit our flower store.