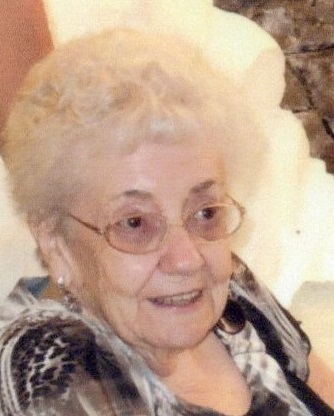 Emogene R. Russell, age 89 longtime resident of Council Grove, passed away June 26, 2021 at Morris County Hospital. She was born April 28, 1932 in Council Grove, the only child of Ben and Hilda Ruth Foresman. She was married to Donald Eugene Russell, Sr. for 47 years until his passing on July 23, 1996. Due to Donald’s occupation, they moved quite often, before moving back to Council Grove where they lived for over 40 years. Emogene was a very active member of Council Grove/Dunlap United Methodist Church, where she attended Bible Study and Women’s Circle.  She also was active with Zurita, a health and wellness nutrition program, which allowed her socialization and attending conventions. Emogene and Shirley Blosser were in charge of the monthly birthday celebrations at Diversicare. She enjoyed going on gambling trips with Margaret Ratliff, as well as going to Las Vegas every Thanksgiving with her daughter Donna and her family.  Emogene’s greatest joy was her family.  She will be sadly missed by all. Emogene was preceded in death by her parents, husband Donald, son Richard and granddaughter Jessica.  She is survived by her children: Donald Russell, Jr, of Council Grove, Linda Lane, of Council Grove and Donna Bates and husband Thomas, of Independence, MO; 9 grandchildren; 13 great-grandchildren; 5 great-great grandchildren; and friends. A Celebration of Emogene’s Life will be held at 11:00 A.M., Saturday, July 3rd at Council Grove/Dunlap United Methodist Church, with a private burial at Dunlap Cemetery at a later date. Memorial contributions may be sent to Council Grove/Dunlap United Methodist Church, PO Box 317, Council Grove, KS 66846.
To order memorial trees or send flowers to the family in memory of Emogene Russell, please visit our flower store.