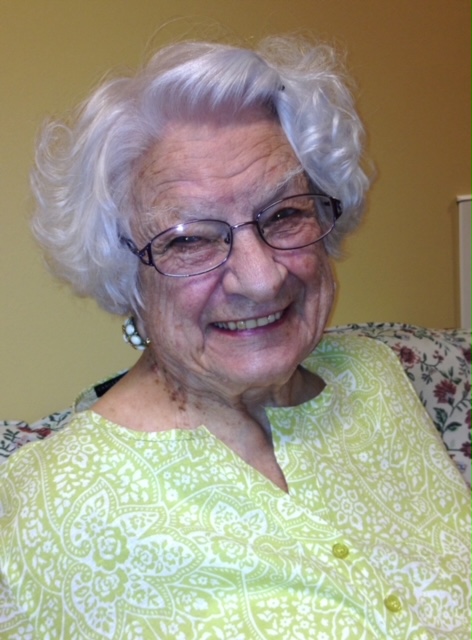 Edna’s life began on May 31, 1921, the daughter of Hobart Francis and Mary Alice (Black) Wren in Shenandoah, IA.   She attended Shenandoah High School. She married Warren Robert Fletcher on November 25, 1937, in Rockport, MO.  In 1942 they moved to Oakland, CA where she graduated from cosmetology school.   In 1950, they moved to Farragut, IA and lived there for 17 years.  In 1967 they moved to Hamburg, IA where she worked at various jobs: Wright’s Orchard, Sinnen Hardware, librarian at Marne Simons Elementary School  and A & A Hardware.  They later moved to Farragut where she was the Administrator of Admiral Manor. In 1991, Edna moved to Emmetsburg, Iowa and was a member of Bethany Lutheran Church and R.S.V.P. program. 1997 she attended the Department for the Blind School and later became a Peer Advocate for the Department as well as being on the Member Advisory Committee for Independent Living for the Department for the Blind, and these positions earned her recognition from the Governor of Iowa with a Volunteer Award at a special awards event.  She enjoyed spending time with family, playing cards and dominoes, movies, walking and crocheting. Her loving family includes her sons, Daniel Fletcher (deceased); John Fletcher of Liberal, KS; Mark (Jeannie) Fletcher of Grant City, MO; daughters, Linda (Michael) Wood of Port St. Lucie, FL; Liz (Greg) Soenen of Goldfield, IA; Cindy Schmahl and Angela (Gregg) Dixon of Nebraska City, NE; a God-wink daughter, Eleanor Anderson (Mike) of Marion, KS; and many grandchildren, great grandchildren and great-great-grandchildren. She was preceded in death by her parents; husband, Warren (1990); brother, Arthur Burch; sister, Helen Tabor. Edna passed peacefully into her Savior’s arms on Saturday, July 3, 2021 at the age of 100 years. A celebration of Edna’s life will be on Saturday, July 24, 2021, 10:00 a.m. at the United Trinity Church in Hamburg, Iowa with burial of ashes to follow at the Rosehill Cemetery in Shenandoah, Iowa. Edna believed in supporting her local church, senior center and public rides bus because they all helped her tremendously during her life.  Memorial contributions may be directed to one of your local organizations which give back to the community and their elderly.  Please sign her online guest book and leave a memory of Edna at www.ymzfh.com
To order memorial trees or send flowers to the family in memory of Edna Fletcher, please visit our flower store.