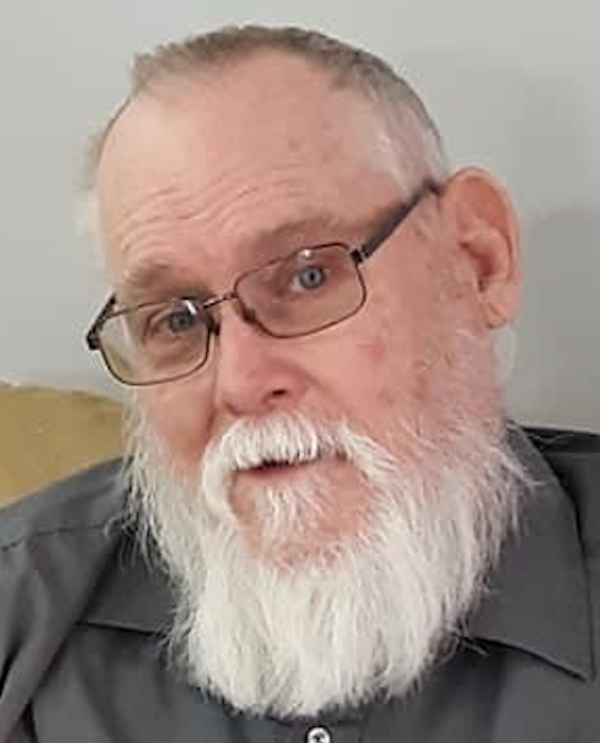 On Sunday, October 23, 2022 Earl Eugene Weaver, our beloved father, grandfather, brother, uncle and friend passed away at age 72. Earl was born in Council Grove, KS May 15, 1950 to Donald and Myra Weaver. Earl was the middle child, with an older brother Terrance (Terry) Weaver, whom he looked up to, and a little sister Nancy (Weaver) Furney, that he liked to tease, but was fiercely protective of.

As a young man, Earl was known as Bull Gene ---big, sturdy, and strong. He had a quick temper but a tender heart. He enjoyed fishing, football and deer hunting with his big brother at his Grandparents farm. He had an ornery side that he showcased with his inventive dives and belly flops at the local pool. This orneriness even got him thrown out of the Ritz Theater a time or two, but in reality, he was a big softie with a smile and a kind word for everyone. His nieces and nephews loved his Donald Duck voice, his fancy suspenders and his bear hugs.

Life really began for Earl when he met the love of his life, Gwendolyn (Gwen) Parks whom he married on March 5, 1983. They enjoyed dancing, socializing (in matching outfits on occasion) and taking quick vacations when they could get away. They especially liked to explore natural formations and historic sites. Earl was a truck driver who spent time working for the KS Department of Transportation, Williams Feed & Fertilizer, and Cosgrove Farms, he then went on to be a custodian for USD 417. After “retirement” Earl would assist Gwen with her daycare, and over the years helped with many kids who became like family.

From their union Earl and Gwen had two children; Matthew Donald and Lynessa Kay. If you were to ask his children about him, you’d better have time to listen to the many stories of what made Earl the best Dad ever. Matthew enjoyed the indoor forts that they’d spend time making and equally loved that Earl, although massive in his son's eyes, would get down and crawl into them spending hours playing whatever game they made up. The trips that Earl would take him on in the semi hauling feed from town to town, and the time Earl would spend teaching him to fish and exactly how to build the perfect sandbox, a lesson Matthew hopes to pass to his own son. Lynessa would talk about the daddy daughter date nights to the bowling alley and movies. The memory of him teaching her how to swing on the swing set and how he would always hang her artwork in his office. How her brother nor her ever had to wonder if he was proud of them because he would tell them every chance he got, as well as tell anyone else who would listen.

Earl spent recent years enjoying his kids and his grandson Joseph Donald, his pride and joy. He worked to get his beard as long as possible, to the dismay of his daughter, but we think he loved being mistaken for Santa! Which happened multiple times and always brought a huge smile to his face. He reconnected with his high school friend, Wes, and spent many hours fishing, going for rides in the country and simply hanging out. The two of them would discover beer thirty and share many laughs. If you ran into him on the street, he likely had a joke to tell and a dog treat hidden in his pocket just in case! He remained very close with his brother and sister, their spouses, and his many nieces and nephews and will be forever missed.

Earl was preceded in death by his parents; Myra, Donald, and step father Gordon Smith, his wife Gwen; who he spent the last years of her life doting on and caring for, his sister-in-law Marilyn (Parks) Glover, son-in-law Casey Sherwood, parents-in-law John and Alice Parks, and niece Teena (Weaver) Johnston.

A church memorial will be announced and held at a later date.

In lieu of flowers, memorial contributions can be made toward an education fund set up for Earl’s grandson, Joseph, at Emprise Bank located in Council Grove, KS.

To order memorial trees or send flowers to the family in memory of Earl E. Weaver, please visit our flower store.