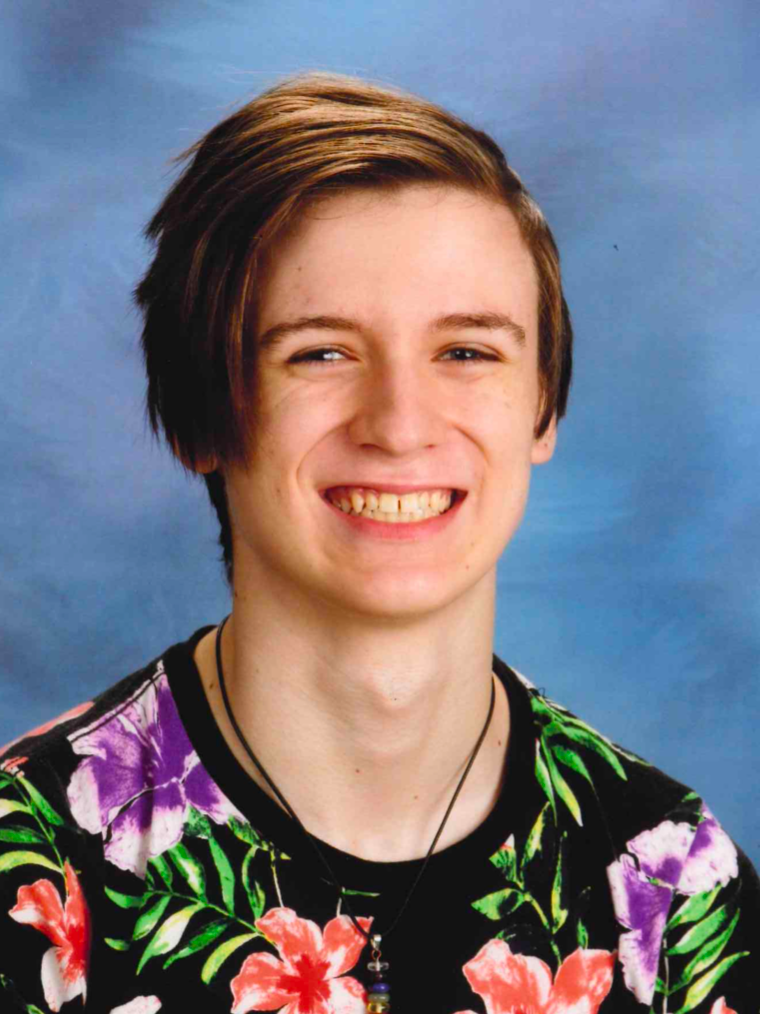 Our sweet, loving, Christian Alan “Cas” Sumner passed away suddenly on Friday, October 22nd, 2021. He was 17 years old. Cas was born in Lawrence, Kansas on March 31st, 2004. In his early years he went to preschool and Kindergarten in Lawrence. 1st grade at Vinland Elementary before it closed, and he transferred to Baldwin schools from 2nd grade on. As a young kid Cas liked playing soccer, playing video games, and spending time with friends and family. He made a lot of friends along the way and has a lot of wonderful friends. He also loved his family very much and made sure to always tell them that. He was a very loving young man and was loved by many. In school he was very bright and involved in many activities. He lettered in Choir last year. Since his Junior year he was enrolled in college classes at Johnson County Community College. His high school activities included: GSA, Tennis, Once Upon a Mattress Musical (Princess and the Pea), KMEA Honor Choir (District and State), KCDA Summer Honor Choir, Scholar’s bowl, Dungeons and Dragons Club, The Music Man musical, Coding competition, A Cappella group, LINK, Jumpin’ Jivin’ Drive-In Musical Revue, and the Musical this year, Cinderella where he was cast to play the King. Outside of school he had a part time job working at Subway, he liked spending time with friends and family, he liked to read science fiction novels, he had a great sense of humor, an impeccable sense of style, and a beautiful smile.
Even though Cas was growing up, he was still extremely close with his Mom and Dad. Cas is a gentle soul. He was always so kind and empathetic to others. He had such a big heart. We are deeply saddened that we will never be able to see what he may have done with his life. He was very gifted. He was also our greatest gift. He will be dearly missed.
Cas was preceded in death by his Grandpa, Chris Sumner, Great Grandparents, Roger Heaton and Norma Caywood Sumner Heaton. His Great Grandparents, Jim and Betty Robidou of Council Grove. His Great Grandmother, Evelyn Gibson, of San Francisco, California. And his Great Grandparents, Joe and Dolores Canfield of Lake Tahoe, California.

Survivors include his Mother, Sara Sumner and Father, Toby Sumner both of Baldwin City. His sister Athena Eldridge, of Baldwin City. His Grandmother, Diane Hayes of Susanville, California. His Grandparents, Keith and Missy Canfield of Rushville, Missouri. His Grandma, Pam Lansing, and her husband Will Lansing. He also leaves behind many Aunts, Uncles, Cousins, friends, and his beloved dog, ApolloServices will be held at 1:00PM Saturday, October 30, 2021 at Sawyer Funeral Home, 137 North Union, Council Grove, KS 66846.

A memorial service will be held in Baldwin City, KS later. Announcements will be sent out via social media and email from the high school.

Flowers are welcome, but if you would like to contribute to Cas’ headstone fund instead, please make checks payable to: Cas Sumner Memorial and send them to the address listed above for Sawyer Funeral Home. A Go Fund Me account is also being set up if you want to contribute electronically at: GoFundMe.com.

To order memorial trees or send flowers to the family in memory of Cas Sumner, please visit our flower store.