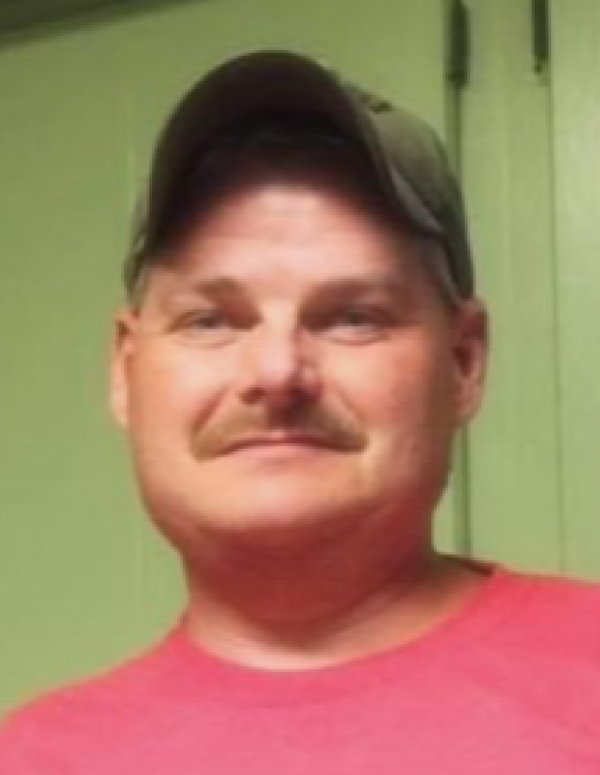 Chad Richardson passed away Sunday, January 23, 2022, at Newman Regional Hospital, after a few months of fighting renal failure and cancer.

Chad was born April 21, 1975, to Linda Kraus and Paul Richardson. He graduated from Council Grove High School with the class of 1994.
Chad enjoyed the outdoors; loved fishing, hunting, camping, watching KC Chiefs, Royals and KU basketball. He was always helping his neighbors out, working on vehicles and other things. Time spent with family and friends was important to him. Chad was onery, bullheaded, witty and quite the jokester. He enjoyed a simple life; didn’t require many things to be happy.
Bo and Kacy, his fur babies were loved and cared for like children. If you were a friend of Chad’s, it was a friend for life. Chad had a big and soft heart. It wasn’t unusual for him to shed tears of joy or sympathy for someone hurting.
Chad is survived by his fiance' Kayla Ayers, of the home, along with their fur babies; mother Linda Kraus of Council Grove; father Paul Richardson of Ponca City, OK; sisters Nicole Fox of Lexington, KY and Lacy Kraus of Salina. He is also survived by nephews Ian and Bre Fox, and Eli Fox (Kelsey); nieces Eden Fox, Stella Kraus and Scarlett Cloyd; and a great niece and great nephew.
He was preceded in death by his “Dad” Ron Kraus and his maternal and paternal grandparents.
A memorial service will be held at 3:00pm, Friday, January 28th, at the First Baptist Church. Inurnment will be held later. Memorial contributions may be made to the National Kidney Foundation and sent to: National Kidney Foundation, 9218 Metcalf Avenue #424, Overland Park, KS 66212.
Condolences may be left at www.sawyerchapel.com.

To order memorial trees or send flowers to the family in memory of Chad Robert Richardson, please visit our flower store.

Inurnment will be held at a later date